You have added 2 Products

Vanraj Zaveri is the Founder of Zaavorr, founded in January 2020. As a teenager, Vanraj was immersed in his family business; born into a family of fifth generation jewelers, he was interested in design from an early age. While his friends were collecting toys, Vanraj was busy collecting gemstones. For a young man who dreamt of creating elegant, yet spontaneous and fun jewels derived inspiration from every nook and corner. Inspired by astronomy to the earth’s flora and fauna, from architecture throughout the world to alchemy. Rooted in his passion for taking objects from the world around us to create detail oriented pieces by skilled craftsmen.

Whilst obtaining his undergraduate degree in Mumbai, Vanraj interned at a leading diamond manufacturing firm, where he graded and sorted diamonds for a year. Post which in 2009; he joined the family business, Tribhovandas Bhimji Zaveri & Sons to get first hand customer experience. In between he would make time to travel around the world to satisfy his craving for understanding global trends, new designs and techniques. Each of his travels would inspire a new idea; every surface quickly became covered in shells, bark, and other interesting objects found in nature, intermingled with sparkling diamonds, rubies, emerald, ropes of pearls, precious beads and gold. In 2013, after completing his education at the Gemological Institute of America in Carlsbad, California, he realized that his dream was to start his own fine jewelry brand. Vanraj Zaveri Fine Jewels was born; a non-traditional brand, where he could be a part of the jewelry making process, from design to sampling to overseeing every jewelry piece; from start to end.

In 2019, he felt there was a need for fun and approachable 18-karat gold jewelry. He found that women and men who would invest in gold jewelry would not necessarily wear those same pieces. Bridging the gap, he started creating a line of design forward investment pieces. He believes jewelry pieces should be treated as such…kept out in the sun, sparking, rather than tucked away in a safe deposit box. Founded on the idea that jewelry could be more than an accessory, Zaavorr was born. A self-gifting brand focusing on collections that are designed to become an extension of the person wearing it – a symbol of luck, celebration and love – a way for everyone to wear their personality and to pamper themselves. As Zaavorr derives its inspiration from nature, the first collection is inspired by astronomy, titled Aphelion. The point in the orbit of a planet, asteroid, or comet at which it is furthest from the sun, a collection inspired by the moon and stars. Each collection released by Vanraj aims to embody a sense of style and originality that is synonymous with people who have inspired and keep inspiring him.

Between Vanraj’s busy schedule of designing and travelling for inspiration, he finds time to pursue his other interests including photography, exploring and experimenting with new cuisines and scuba diving in the azure waters of Lakshadweep, Belize, Komodo Island, Maldives and Indonesia. 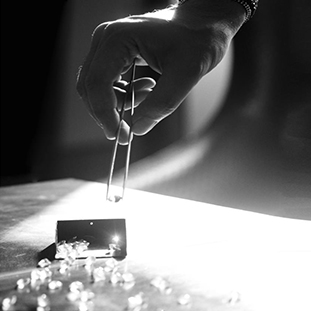 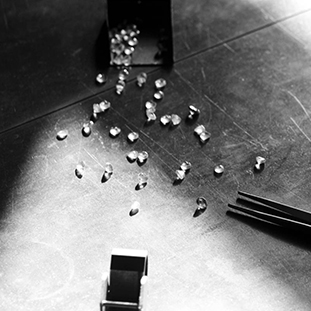 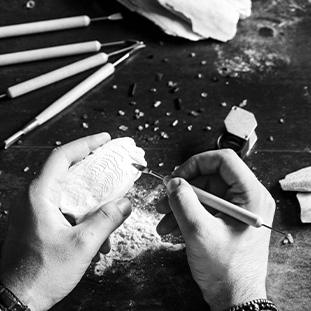 Every PIECE
OF JEWELRY TELLS
A STORY 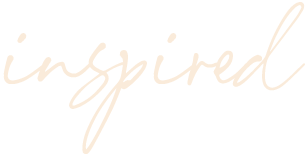 As a brand, Zaavorr works with 18 karat hallmarked gold and carefully placed precious and semi precious stones consisting of diamonds, white quartz, aquamarine and amethyst to name a few. Allowing the wearer to both reflect and be reflected in the jewelry’s meaningful design. Vanraj Zaveri hopes tocreate refined and intricate jewelry that in the end appears both modern and classic at affordable prices. “Designed with great attention, created by hand; approachable fun jewelry born and raised in India” is what he believes. The brand is a celebration of women and men who want to indulge in themselves,“gift yourself first”. Each collection released aims to embody a sense of style and originality that is synonymous with people who have inspired and keep inspiring him along the way. Drawing inspiration from simple, organic shapes and unusual textures found in nature, he decided to create wearable and functional day to night pieces that share the brand’s philosophy; stay authentic, unique and always sparkle. While cultures may differ, our affinity for the beauty that nature created remains one of our greatest similarities. Zaavorr embodies unity through the language of art and design and welcomes the wearer to experience the world’s diversity through its thoughtfully created and timelessly wearable pieces.

Zaavorr jewelry is made to order in Bombay; therefore it takes 2 weeks to deliver.